8 Things to Do in Palos Verdes CA 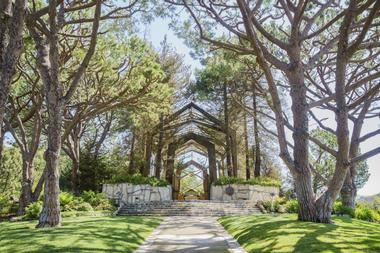 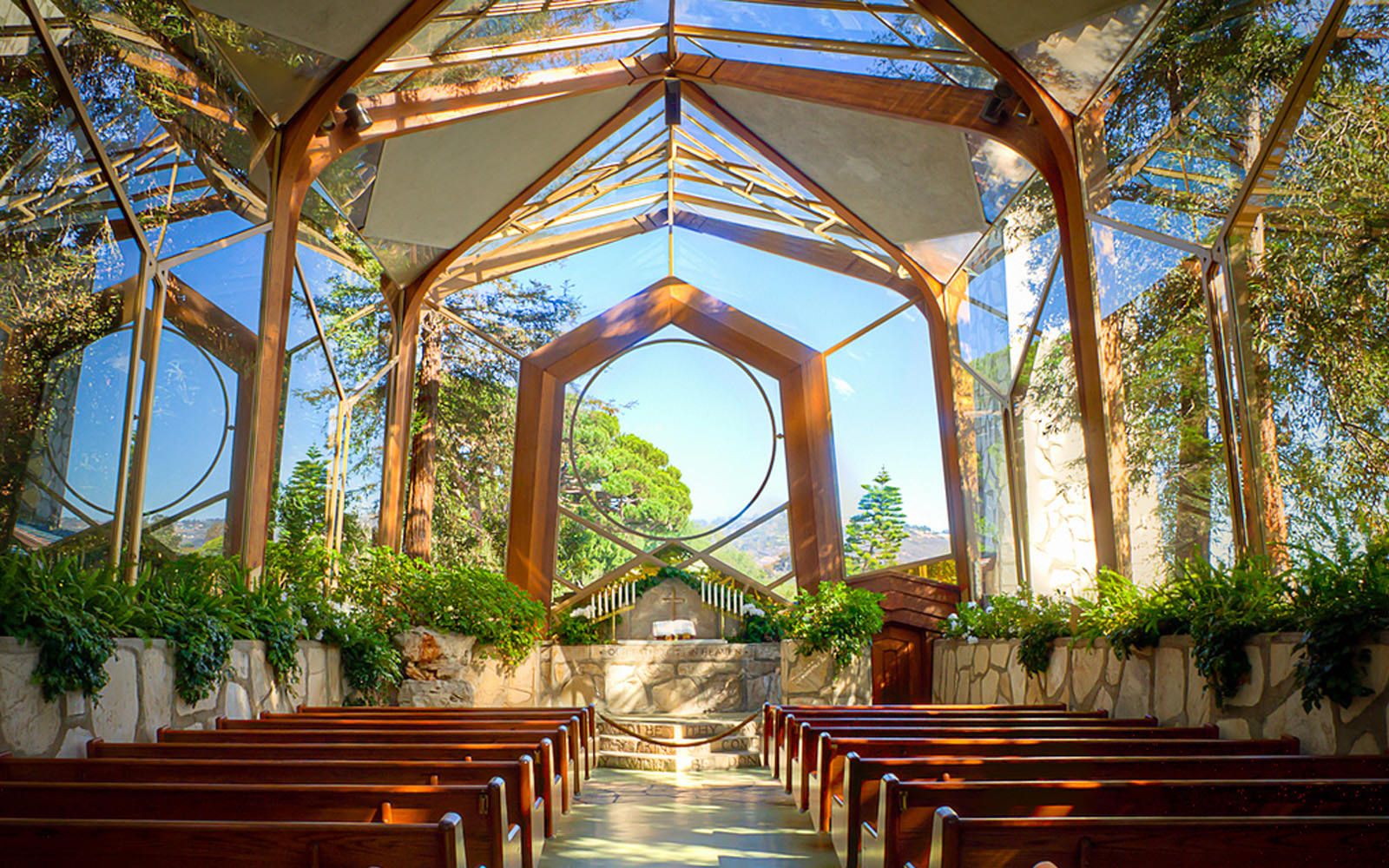 Located in Rancho Palos Verdes, California, on the cliffs above the ocean, Wayfarers Chapel – or Glass Church – is a magnificent modern glass structure, a part of the Swedenborgian Church of North America. The church was built as a memorial to its late founder Emanuel Swedenborg. Designed by Lloyd Wright, the son of Frank Lloyd Wright, in 1940s and completed in 1951, the church is a departure from the traditional material. Glass walls allow the surrounding nature to “define the sacred space.” A tower and a visitors center were added later, but the center was lost in a landslide in 1960s. The chapel is listed on the National Register of Historic Places and is a popular wedding destination. Point Vicente is a beautiful park that surrounds the Point Vicente Lighthouse. It is a popular recreation spot with great educational opportunities. The park’s 10,000-square-foot Interpretive Center was opened in 1984 in order to present and explain the history of the Palos Verdes Peninsula and its unique features. The center features a range of exhibits on the cultural and natural history of the peninsula and the Pacific gray whale. The park is a premier whale-watching site, especially from December to April during the annual migration of the Pacific gray whale. There are picnic tables throughout the park, but fires and barbecues are not allowed.

Point Vicente Lighthouse was built in 1926 on the Palos Verdes Peninsula, between Point Loma Lighthouse and the Point Conception Lighthouse. It is located in Rancho Palos Verdes, just north of Los Angeles Harbor, near rocky shoals that sank many ships in the past. The lighthouse is listed on the National Register of Historic Places. Its light was dimmed during World War II to avoid being seen by the enemy. The Coastguard automated it in 1971. Its original Fresnel lens still turns around in the lantern room, and during the frequent periods of low visibility, the lighthouse also sounds a loud foghorn to alert passing ships. 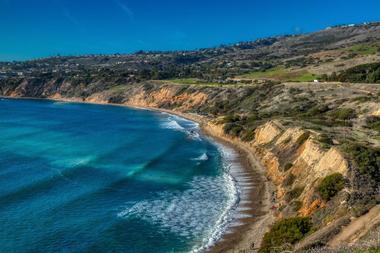 Abalone Cove Shoreline Park is located on a beautiful stretch of coast and features two popular beaches – Abalone Cove and Sacred Cove, caves, picnic areas, many tide pools, fantastic views from the top of the bluff, and great hiking trails. The park includes a State Ecological Preserve that protects animals and marine life in the park. A long trail from the parking lot on the bluff provides access to Abalone Cove Beach. To get to Sacred Cove beach, there are two trails along Palos Verdes Drive South, between Inspiration and Portuguese Points. There are lifeguards at Abalone Cove during the summer and on weekends. The views of Catalina Island and the ocean are breathtaking. Fires and barbeques not allowed. Located in the beautiful Rancho Palos Verdes, the course at Trump National Golf Club is considered one of the top public golf courses in Southern California. It is the first and only course with a Pete Dye and Donald J. Trump Signature Design. Trump National offers a driving range, practice putting green, and a game practice. It features numerous walking trails that wind through the course and along cliffs overlooking the Pacific Ocean, running all the way to the beach and to a lovely public park on the bluffs in front of the clubhouse. Hiking these trails allows visitors to see the native flora and fauna up close. Many of the species of plants and animals are protected, and the endangered small migratory bird Coastal California gnatcatcher can also be seen here. 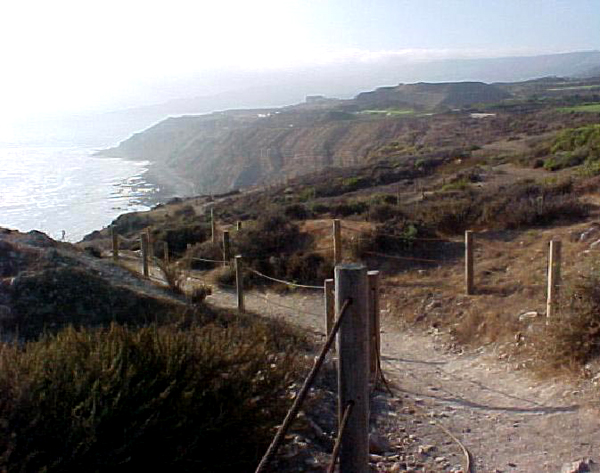 The Ocean Trails Reserve is a park that protects about 4 miles of trail along a rugged coastline that provides home to many protected species of flora and fauna, including the endangered native gnatcatcher. It includes areas south of Palos Verdes Drive that were restored or preserved by Trump National Golf Course. The trail provides a great hike for beginner hikers. It starts at a golf course with a big American flag and continues on cliff side trails that run down to the ocean. There are some switchbacks that are steep but short. Enjoy watching the flight of the pelicans and seagulls that nest in the cliffs. There is a rest area with two benches and a table, offering breathtaking views. As the trail keeps looping and switching back and forth, it passes by a lovely waterfall in the middle of the golf course. 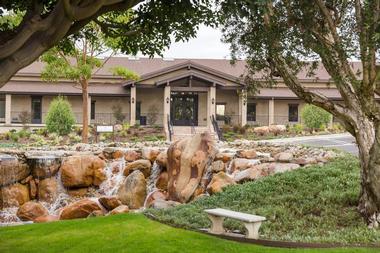 Located in Rancho Palos Verdes, Green Hills Memorial Park is a large cemetery established in 1948 on 120 acres of property in a partnership between community members and local business owners. The beautiful park-like setting overlooking Palos Verdes Peninsula, the Pacific Ocean, and the Los Angeles skyline is the location of an upscale, award-winning facility that offers a last resting place for the loved ones of the local residents. The beautiful, meticulously landscaped grounds provide peaceful, serene experience to those who visit, whether they are visiting the graves of loved ones or of one of the many celebrities interned in Green Hills. 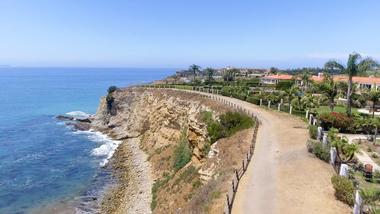 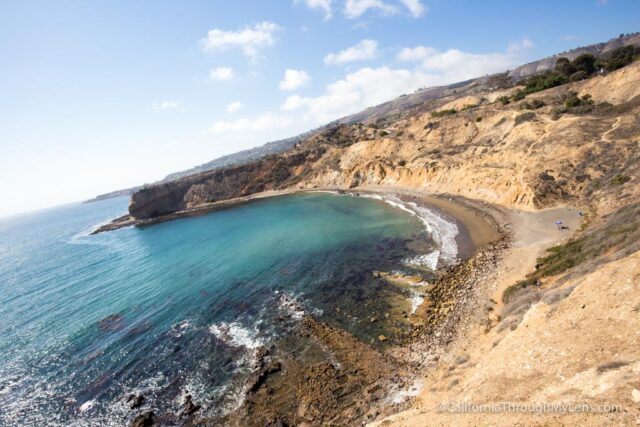 Abalone Cove Beach is a popular sandy beach in a quiet cove near Rancho Palos Verdes, with lovely tide pools and fun places to explore. Getting to the beach from the bluff is a bit tricky and the trail is steep, crossing a small bridge and passing by a tiny waterfall. There are lifeguards on the beach in the summer and on weekends. During the low tide, the beach is full of tide pools that kids love to explore. Across the small inlet is a shallow cave and some of the best tide pools, with sea anemones, sea stars, and octopi. Abalone Cove Beach is part of the 64-acre Abalone Cove Ecological Reserve, which protects all plants and animals in the reserve. 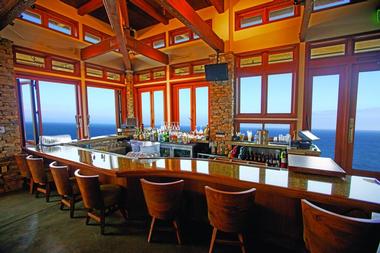 Nelson’s is the most casual of all restaurants in the luxury Rancho Palos Verdes Terranea Resort. Perched on a cliff above the ocean coves, Nelson’s enjoys the views that stretch all the way to the horizon. This upscale version of a surf shack is a popular spot with locals and visitors. It offers coastal Southern California cuisine made to perfection by Chef de Cuisine Michael Cruz, including everyone’s favorites such mahi mahi tacos, burgers, fish and chips, sandwiches, and sweet potato fries. The bar is well stocked with California wines, regional microbrews, and imaginative cocktails. Nelson’s gets even more romantic in the evening, with firepits and spectacular sunsets.