7 Things to Do in Redondo Beach

Have some fun in the sun at Redondo Beach

Redondo Beach is one of the three coastal cities in the South Bay region of Los Angeles County and is home to a wide variety of attractions and activities. The city is made up of two main areas, namely South Redondo Beach, North Redondo Beach, both of which boast beautiful sandy beaches, great swimming and surfing, and a variety of outdoor recreation. Visit the landmark Redondo Beach Pier with its oceanfront restaurants and bars, shops and boutiques and buzzing nightlife. Set along the Hollywood Riviera, Redondo County Beach is a 1.5-mile-long sandy beach along the city’s waterfront that begins at the Redondo Beach Pier near Veterans Park and continues south. Hailed as the ‘LA’s Ocean Adventure Capitol,’ the beach is a popular attraction for outdoor lovers and offers an array of activities from volleyball courts, surfing, swimming and fishing to walking and mountain biking along the Marvin Braude Coastal Bike Trail. Amenities at the beach include picnic areas with tables, restrooms and showers, a grassy park, children’s play area, and on-duty lifeguards on duty. 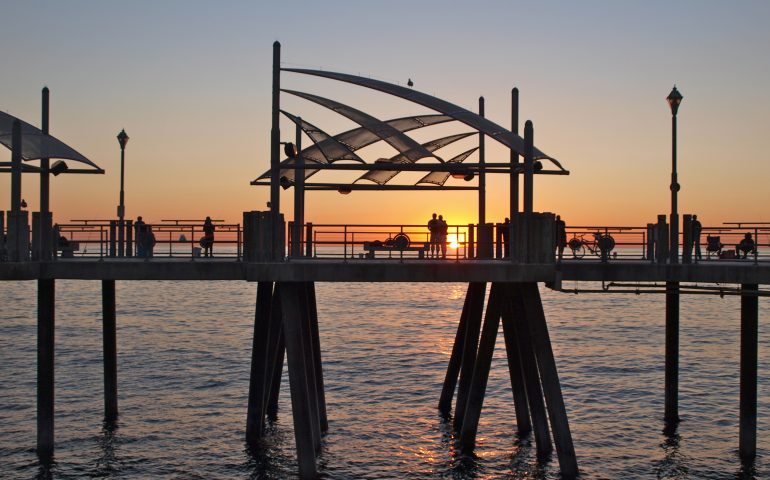 The Redondo Beach Pier, also known as ‘Municipal Pier,’ ‘Pleasure Pier’ and ‘Horseshoe Pier’ is a landmark pier that features an array of excellent restaurants and buzzing bars overlooking the ocean, boutiques and shops, and panoramic ocean views. Located a few minutes south of LAX in Redondo Beach, the Pier is a South Bay landmark with a variety of entertainment, including seasonal whale watching, harbor cruises, kayaking, pedal boating, and stand-up paddle-boarding. The Pier is a popular tourist attraction and is usually packed with people enjoying the amenities and beautiful ocean views. SEA Lab is an interactive coastal science education center that was established by the Los Angeles Conservation Corps to educate visitors about marine life and the importance of ocean conservation. Run by college students and volunteers, SEA Lab offers a program of activities including beach explorations, touch tank tours and interactive classroom programs for children of all ages, as well as summer camp programs, community service projects such as beach clean-ups, and a Traveling Tide Pool traveling exhibit. SEA Lab also conducts a range of coastal conservation activities such as replanting coastal bluffs with native plants, rescuing marine animals, and hosting marine-related research projects. 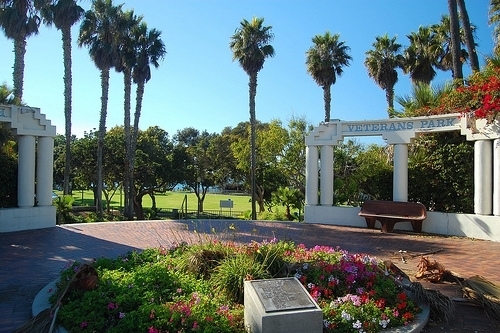 Beautiful park with green space fields, a playground & a memorial to local veterans overlooking the ocean. The Seaside Lagoon is a large saltwater lagoon that provides a seasonal spot for swimming with a sandy beach, a play area for children and a snack bar. Situated in Redondo Beach’s King Harbor, the Seaside Lagoon is open daily during summer from May through September and offers trained lifeguard supervision. In addition to safe swimming, the lagoon also features a lovely sandy beach for sunbathing, volleyball courts, children’s play equipment, and a grassed area and luau shelter for private events and functions. Ruby’s Restaurant serves light fare and snacks all day. 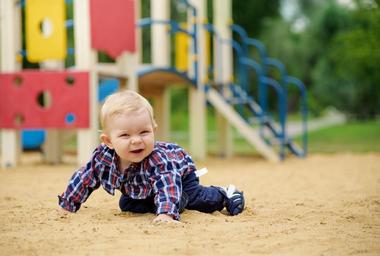 Dominguez Park is a 24-acre park in Redondo Beach that features lovely grassy areas with large trees, picnic areas and play equipment for children, a leash-free dog park, two Little League fields, and the historic Heritage Court. Located between 190th and Beryl Streets, the park is open from dawn until dusk every day of the week. Heritage Court includes two historic homes, namely the Queen Anne House and the Morrell House, both of which were relocated to the park from their original locations to be saved from demolition. The Queen Anne House has been beautifully restored to its former glory and houses the City’s Historical Museum, and the Morrell House is an excellent example of Victorian architecture with a charming rose garden and courtyard. Redondo Beach Whale Watching and Nature Cruise Boat rides depart from the Redondo Beach Pier year-round and offers fantastic nature cruises and whale-watching opportunities off the Palos Verdes Peninsula in the beautiful South Bay. Tours are held on the 65-foot, 45-passenger excursion vessel called Indian, which features inside and outside seating, a full-service galley serving coffee, tea, beer, wine, soft drinks, and snacks. Whale-watching trips take about two-and-a-half hours, and visitors have the chance of seeing a variety of whale species, such as magnificent gray whales, minke, humpbacks, fin, and sperm whales, as well as sharks, dolphins, seals, and many species of seabirds. Nature cruises take 45 minutes and head a mile outside the harbor to see sea lions, dolphins and plenty of seabirds.